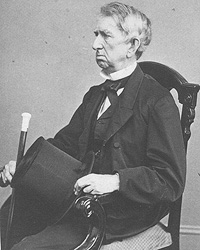 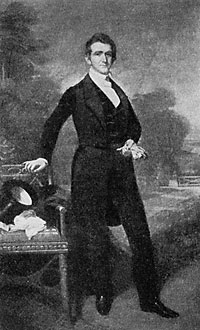 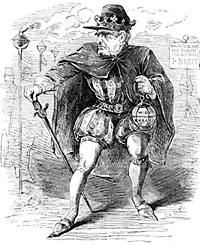 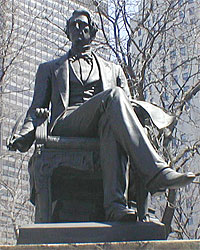 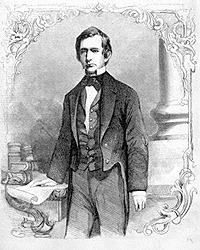 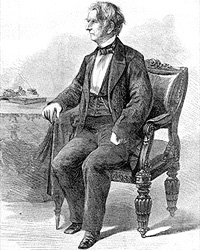 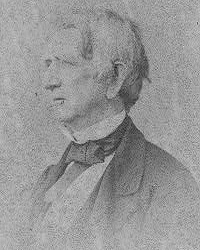 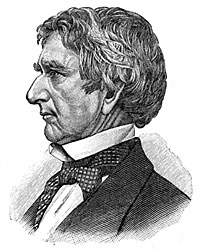 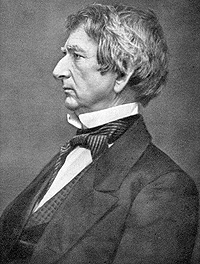 Our country is a theater which exhibits in full operation two radically different political systems: the one resting on the basis of servile labor, the other on the basis of voluntary labor of free men…Hitherto the two systems have existed in different States, but side by side within the American Union. This has happened because the Union is a confederation of States. But in another aspect the United States constitute only one nation. Increase of population, which is filling the States out of their very borders, together with a new and extended network of railroads and other avenues, and an internal commerce which daily becomes more intimate, is rapidly bringing the States into a higher and more perfect social unity or consolidation. Thus, these antagonistic systems are continually coming into closer contact, and collision results.
Shall I tell you what this collision means? They who think that it is accidental, unnecessary, the work of interested or fanatical agitators, and therefore ephemeral, mistake the case altogether. It is an irrepressible conflict between opposing and enduring forces, and it means that the United States must and will, sooner or later, become either entirely a slave-holding nation or entirely a free-labor nation. Either the cotton and rice fields of South Carolina, and the sugar plantations of Louisiana, will ultimately be tilled by free-labor, and Charleston and New Orleans become marts for legitimate merchandise alone, or else the rye fields and wheat fields of Massachusetts and New York, must again be surrendered by the farmers to slave culture and to the production of slaves, and Boston and New York become once more markets for the trade in the bodies and souls of men.24

After the “irrepressible conflict” speech in 1858, according to Nevins, “Having blown too hot, he tried to blow too cold. The inconsistency revealed Seward’s greatest weakness, his want of any compelling sense of principle. He would take advanced and even reckless positions with an air of Hotspur courage, but he lacked the profound convictions of Lincoln and Sumner, Jefferson Davis and Stephens. His partial retraction did not mitigate the shock of his Rochester blast.”25 Nevins wrote critically of Seward, saying, he “lacked the cardinal requisite of steady judgement: “His ‘higher law’ speech in 1850 was not only poor politics but bad statesmanship, and the ‘irrepressible conflict’ address of 1858 was still more unfortunate…Save in devotion to the Union, he seemed to lack constancy.”26 Seward occasionally spoke in absolutes. In a 1854 speech, for example, Seward talked about the “eternal struggle between conservatism and progress, between truth and error, between right and wrong.”27 Chauncey M. Depew later wrote more charitably of his Republican colleague and the rhetorical flourishes which got him into political trouble:

In the career of a statesman a phrase will often make or unmake his future. In the height of the slavery excitement and while the enforcement of the fugitive slave law was arousing the greatest indignation in the North, Mr. Seward delivered a speech at Rochester, N. Y., which stirred the country. In that speech, while paying due deference to the Constitution and the laws, he very solemnly declared that “there is a higher law.” Mr. Seward sometimes called attention to his position by an oracular utterance which he left the people to interpret. This phrase, “the higher law,” became of first class importance, both in Congress, in the press, and on the platform. On the one side, it was denounced as treason and anarchy. On the other side, it was the call of conscience and of the New Testament’s teaching of the rights of man. It was one of the causes of his defeat for the presidency.28

The appeals from the Union men in the Border states for something of concession or compromise are very painful since they say that without it those states must all go with the tide, and your administration must begin with the free states, meeting all the Southern states in a hostile confederacy. Chance might render the separation perpetual. Disunion has been contemplated and discussed so long there that they have become frightfully familiar with it, and even such men as Mr Scott and William C. Rives are so far disunionists as to think that they would have the right and be wise in going if we will not execute new guaranties which would be abhorent [sic] in the North.
It is almost in vain that I tell them to wait, let us have a truce on slavery, put our issue on Disunion and seek remedies for ultimate griefs in a constitutional question.
This is the dark side of the picture. Now for the brighter one. Beyond a peradventure disunion is falling and Union rising in the popular mind Our friends say we are safe in Maryland and Mr Scott and others tell me that Union is growing rabidly as an element in Virginia
In any case you are to meet a hostile armed confederacy when you commence. You must reduce it by force or conciliation The resort to force would very soon be denounced by the North, although so many are anxious for a fray. The North will not consent to a long civil war A large portion, much the largest portion of the Republican party are reckless now of the crisis before us and compromise or concession though as a means of averting dissolution is intolerable to them. They believe that either it will not come at all, or be less disastrous than I think it will be For my own part I think that we must collect the revenues regain the forts in the gulf and, if need be maintain ourselves here But that every thought that we think ought to be conciliatory forbearing and patient, and so open the way for the rising of a Union Party in the seceding states which will bring them back into the Union-
It will be very important that your Inaugural address be wise and winning.
I am glad that you have suspended making Cabinet appointments[.] The temper of your administration whether generous and hopeful of Union, or harsh and reckless will probably determine the fate of our country.
May God give you wisdom for the great trial & responsibility56

He went on telling the history of the Senate raid on Seward — how he had & could have no adviser on that subject & must work it out by himself — how he thought deeply on the matter — & it occurred to him that the way to settle it was to force certain men to say to the SenatorsHere what they would not say elsewhere. He confronted the Senate & the Cabinet. He gave the whole history of the affair of Seward & his conduct & the assembled Cabinet listened & confirmed all he said.
“I do not now see how it could have been done better. I am sure it was right. If I had yielded to that storm & dismissed Seward the thing would all have slumped over one way & we should have been left with a scanty handful of supporters.”69