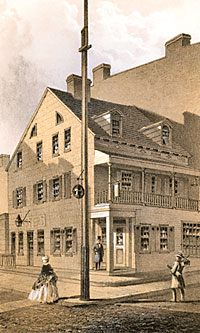 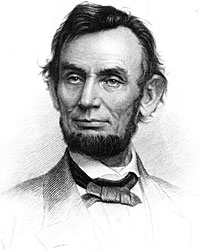 General James B. Fry recalled “an anecdote by which he [President Lincoln] pointed out a marked trait in one of our Northern Governors. This Governor was earnest, able and untiring in keeping up the war spirit in his State, and in raising and equipping troops; but he always wanted his own way, and illy brooked the restraints imposed by the necessity of conforming to a general system. Though devoted to the cause, he was at times overbearing and exacting in his intercourse with the general government. Upon one occasion he complained and protested more bitterly than usual, and warned those in authority that the execution of their orders in his State would be beset by difficulties and dangers. The tone of his dispatches gave rise to an apprehension that he might not co-operate fully in the enterprise in hand. The Secretary of War, therefore, laid the dispatches before the president for advice or instructions. They did not disturb Lincoln in the least. In fact, they rather amused him. After reading all the papers, he said in a cheerful and reassuring tone:

“Never mind, never mind; those dispatches don’t mean anything. Just go right ahead. The Governor is like a boy I saw once at a launching. When everything was ready they picked out a boy and sent him under the ship to knock away the trigger and let her go. At the critical moment everything depended on the boy. He had to do the job well by a direct vigorous blow, and then lie flat and keep still while the ship slid over him. The boy did everything right, but he yelled as if he was being murdered from the time he got under the keel until he got out. I thought the hide was all scraped off his back; but he wasn’t hurt at all. The master of the yard told me that this boy was always chosen for that job, that he did his work well, that he never had been hurt, but he had always squealed in that way. That’s just the way with Governor — . Make up your minds that he is not hurt, and that he is doing the work right, and pay no attention to his squealing. He only wants to make you understand how hard his task is, and that he is on hand performing it.1