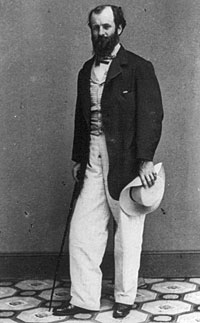 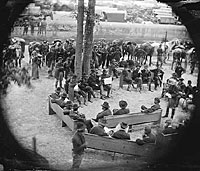 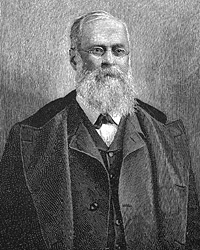 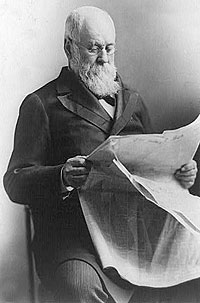 I have been associated with Horace Greeley on the New York Tribune for about fifteen years when, one morning early in April, 1862, Mr. Sinclair, the advertising manager of the paper, came to me, saying that Mr. Greeley would be glad to have me resign. I asked one of my associates to find from Mr. Greeley if that was really his wish. In a few hours he came to me saying that I had better go. I stayed the day out in order make up the paper and give them an opportunity to find a successor, but I never went into the office after that. I think I then owned a fifth of the paper — twenty shares; this stock my colleagues bought.
Mr. Greeley never gave a reason for dismissing me, nor did I ever ask for one, I know, though, that the real explanation was that while he was for peace I was for war, and that as long as I stayed on the Tribune there was a spirit there which was not his spirit — that he did not like.
My retirement from the Tribune was talked of in the newspapers for a day or two, and brought me a letter form the Secretary of War, Edwin M. Stanton, saying he would like to employ me in the War Department. I had already met Mr. Lincoln, and had carried on a brief correspondence with Mr. Stanton. 17

I sent for the men and saw them one by one. I found that they were afraid of their party….Two of them wanted internal revenue collectors appointed. ‘You shall have it,’ I said. Another one wanted a very important appointment about the Custom House of New York. I knew the man well whom he wanted to have appointed. He was a Republican, though the Congressman was a Democrat. I had served with him in the Republican Party County Committee of New York.

According to biographer Steele, “The unnamed Republican whom the Democratic Congressman wanted appointed seems to have been Dana himself.”27 Dana never got his desired appointment — although he tried to get the post under both President Johnson and Grant. Dana served briefly and unsuccessfully as editor of the Chicago Republican. More successfully, in 1867, he became publisher and editor of New York Sun. In that position, Dana exercised a strong influence on broadening the thrust of post-war journalism.
Footnotes
Visit