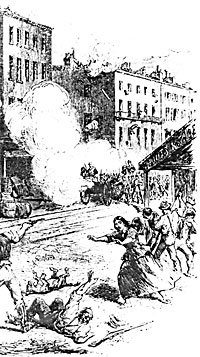 Conflict between the military and the rioters on First Avenue

Police Battling Rioters in Front of the Tribune 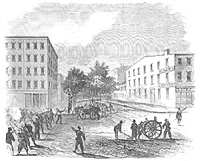 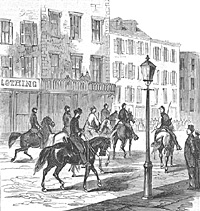