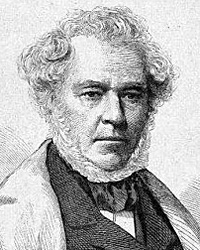 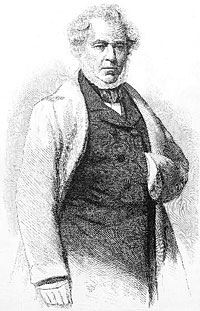 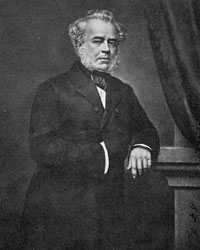 Webb was declaring to all and sundry that he, rather than Seward, should have the credit for inducing Napoleon III to leave Mexico. He asserted that in 1863 he had prevailed upon the Emperor to agree to the withdrawal of his troops; it was due to him that Napoleon had arranged for their periodic withdrawal. Webb took the documents in the case to Raymond, who supported him in a leading editorial in the Times.
The evidence did indicate that in 1865 Webb had suggested the withdrawal in stages of the French forces. It also showed that in 1863 Napoleon had told Webb that he would retire from Mexico only when he could do so with credit and honor, and that he would not leave under compulsion. This was scarcely the same thing as an agreement to abandon the Mexican venture. Bigelow was indignant with Webb, who owed much to Seward; but Seward remarked that the General probably thought that airing his claim would be of value to himself and would not hurt his former chief.12

Although the sun set slowly on Webb’s newspaper career, he had helped encourage the careers of two other powerful editors. In 1829, James Gordon Bennett had become Associate Editor of The Courier and Enquirer, which Bennett’s biographer, Don C. Seitz, described as “a sort of New York Thunderer for thirty years, under the headship of the blustering Webb.”13 Bennett had left the Courier and Enquirer in 1832 when James Webb shifted from a pro-Jackson to an anti-Jackson policy. But that did not end their association. Webb wrote of one encounter in the spring of 1835: “As I was leisurely pursuing my business yesterday in Wall Street…James Watson Webb came up to me on the northern side of the street — said something, which I could not hear distinctly, then pushed me down the stone steps leading to one of the broker’s offices, and commenced fighting with a species of brutal and demoniacal desperation, characteristic of a fury. My damage is a scratch, about three-quarters of an inch in length, on the third finger of the left hand, which I received from the iron railing I was forced against, and three buttons torn from my vest, which my tailor will replace for a sixpence. His loss is a rent from top to bottom of a very beautiful black coat that cost the ruffian forty dollars, and a blow in the face that may have knocked down his throat some of his infernal teeth, for anything I know. Balance in my favor, thirty-nine dollars and ninety-four cents.”14
At a later date, another future New York City editor, Henry J. Raymond, joined Webb’s newspaper staff. “James Watson Webb, editor and chief owner of the Morning Courier and New York Enquirer, had been for fourteen years, when Raymond joined his staff in 1843, one of the most colorful figures in New York newspaperdom,” wrote Raymond biographer Francis Brown. “A tall, handsome, massive sort of man, a striking figure in any company, he had been called the ‘Apollo of the press.’ In his youth, he had fought Indians — his father had been an aide to Washington — and most of his life he answered to a military title, lieutenant, colonel, and ultimately general. Bennett, who had been his partner, described him as ‘a frank, manly blackguard, a fine-looking, burly, honest kind of savage,’ and admitted that in private life Webb was a gentleman. Webb characterized himself as ‘the best abused personage connected with the American press.”15
“In 1850, General Webb went to Europe and left Raymond in temporary charge of The Courier and Enquirer,” wrote New York Times historian Elmer Davis. “Raymond not only failed to use his political influence to promote Webb’s brief Senatorial boom, but incurred his chief’s disfavor by speaking out some plain truths on the slavery question in connection with the compromise proposals of that year. Raymond was not then, and never was till well along in the Civil War, an abolitionist; but he did not think that the more urgent question of the slave power in politics could be cured by ignoring it or by tame surrender. His independence got him into Webb’s bad graces, and when Raymond went to Albany for the legislative session that winter he was eager to get away from Webb and start out for himself.” The result was Raymond’s determination to leave Webb’s employ and start a new newspaper. 16
Raymond biographer Francis Brown suggested that policy differences were key: “Although under Raymond’s direction the Courier had made handsome profits, equal to those of any other journal in the city, the Herald alone excepted, Colonel Webb now told Raymond that he disapproved of the paper’s editorial position during his absence in Europe. He disapproved even more the stand Raymond was taking at the moment — ‘imbued with anti-slavery doctrines,’ Webb described it — and with his own hand he revised the last editorial Raymond wrote for the Courier. Raymond believed that his failure to further Webb’s senatorial ambitions was not unrelated to the Colonel’s attitude, but whatever the cause, the two men had reached the breaking point….Under ordinary circumstances the separation might have been friendly, for Webb had often expressed high regard for Raymond’s abilities. Instead, they parted in bitterness and anger and insult.”17
But politics brought Webb and Raymond back together in 1860 behind the nomination of William H. Seward and the election of Abraham Lincoln. Necessity eventually reversed their roles. By 1866, noted Raymond biographer Brown, “General Webb, on leave from his post as minister to Brazil and suffering from gout, presumed on old association to badger Raymond for a new political plum.”18 Webb didn’t get the new job and instead stayed on as a diplomat in Rio de Janeiro.
Footnotes
Visit